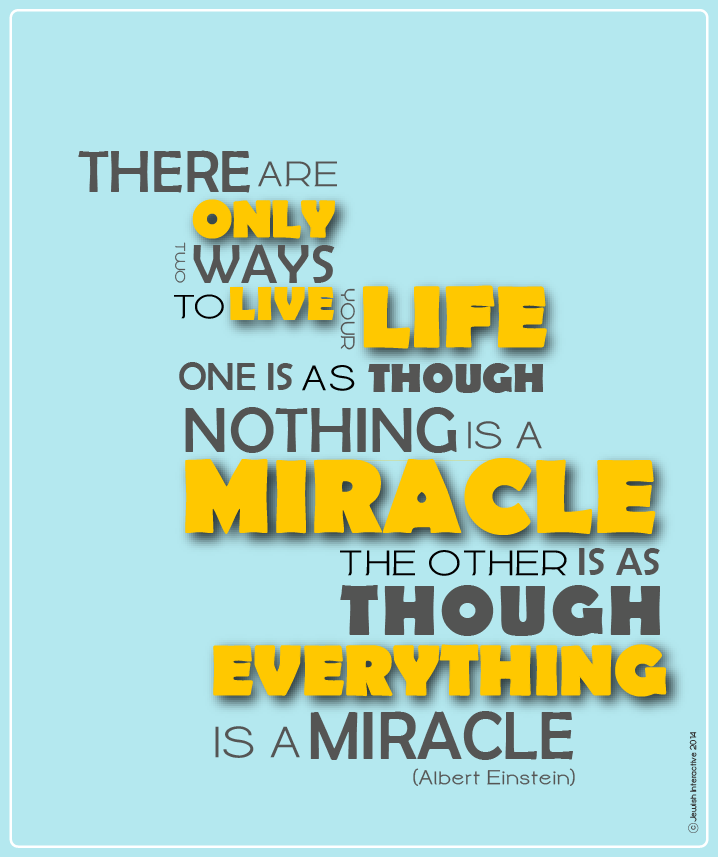 The dramatic story of Chanukah focuses on two main miracles, one military and one spiritual. The military miracle was the unlikely victory of a small, largely unskilled army of Jews over the enormous, well-funded and well-trained army of the Greeks. The climax of the Chanukah narrative is the moment these implausible victors realized that the small amount of oil they found in the desecrated Holy Temple would last eight days, long enough for them to gather more oil to keep the Menorah burning. Jewish philosophers have tried to define miracles in the following way: What we refer to us “nature” is actually miraculous and, in some ways, unnatural. It is only because “natural” events occur on a daily basis that we take them for granted and assume they are nothing out of the ordinary. One example used is thinking about the Jews who wandered in the dessert for forty years and had their food- mannah- provided for them by raining down from the sky every day. Any child born in the dessert would be so accustomed to getting her food that way, that there would be no element of surprise or awe, and it would seem completely natural. Even with the advancement of science and technology, some argue that the same holds true for daily life now- the growth of a seed into a tree or an embryo into a human being can be seen as quite awesome.
Wishing you a holiday filled with joy and miracles! 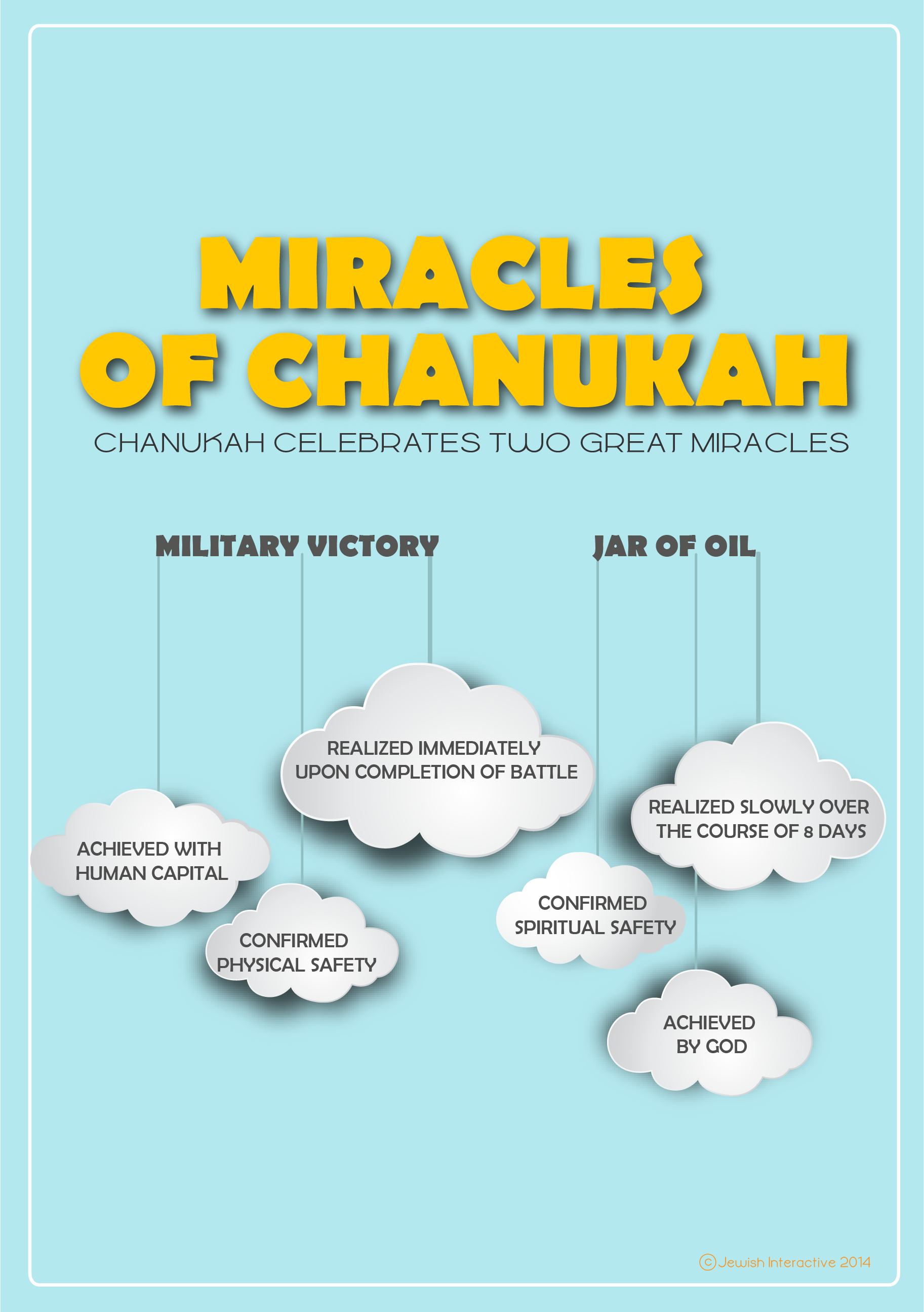