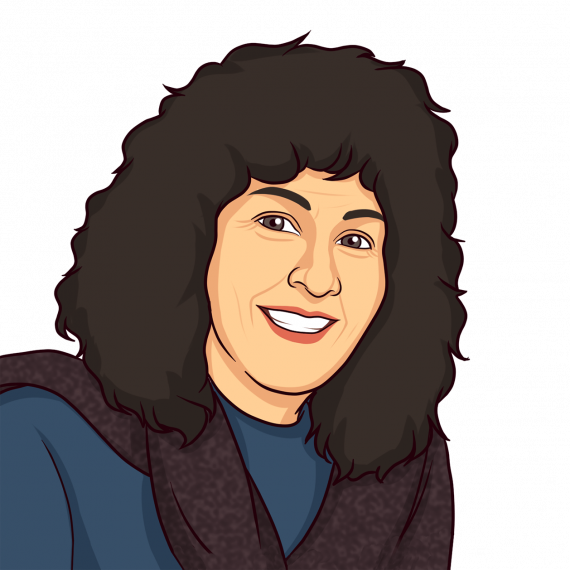 Corinne has designed and produced interactive lessons on the computer for schools in Israel, United States, South Africa and Kenya. One of her products, “Message in a Fossil”, won several awards in the United States, including ComputED Gazette’s Best Children’s Educational Software Award in upper elementary science, Curriculum Administrator’s Top 100 District’s Choice Award and the 1997 Technology and Learning Software Award for Science. She has been on the Jewish Interactive journey from its earliest days in 2010, having designed and produced Shabbat Interactive, Sukkah Challenge, My Menorah, Ji Calendar, and other standalone Ji apps. Since the Ji Tap platform was launched, Corinne has been responsible for producing the Ji Alef-Bet Hebrew reading curriculum, as well as other series, including the Hop! TV series. In 2018, Corinne was promoted to CPO of Jewish Interactive. In 2020 and 2021, she was a finalist in the South African Jewish Achiever Awards in the category "Women in Leadership". Corinne has a B.Sc in Computer Science from the University of the Witwatersrand (South Africa) and a Masters in Education “Communication and Education through Computers” from Tel Aviv University (Israel). Corinne is married, has two children and lives in Johannesburg, South Africa.
Email:
[email protected]
Phone:
+27 79 8865326
Copyright 2022 Jewish Interactive Inc | All Rights Reserved