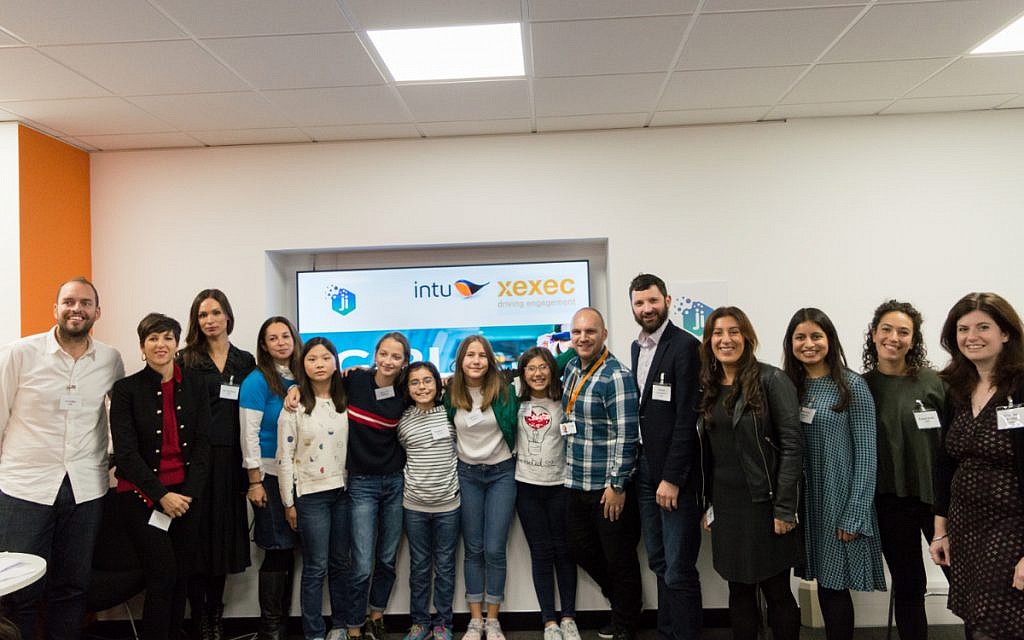 Winners of the Girls Do Tech event, sponsored by Jewish News

Five budding entrepreneurs proved they really did have a bright idea, after their design for light-up pyjamas wowed over industry experts at a special event hoping to encourage more girls to embrace technology and engineering.

More than 50 youngsters attended Girls Do Tech, a two-day workshop organised by Jewish Interactive and Intu, and media-sponsored by Jewish News, which was held in Westminster over the weekend.

Winners Constanca, 12, Yasmin, 11 and Irene, also 11, who attend North London Collegiate School in Edgware, alongside Ines, 12 and Catrin, 13, from Channing School, in Highgate, impressed the judges with their innovative “Jamups”: pyjamas that can be illuminated in the dark with monotone or rainbow colours at the simple touch of a button.

Their imaginative design for new wearable technology has won the youngsters a tour of Google headquarters, alongside the runner-up entry, which proposed a light-up dog collar that can help owners track their pet more easily. 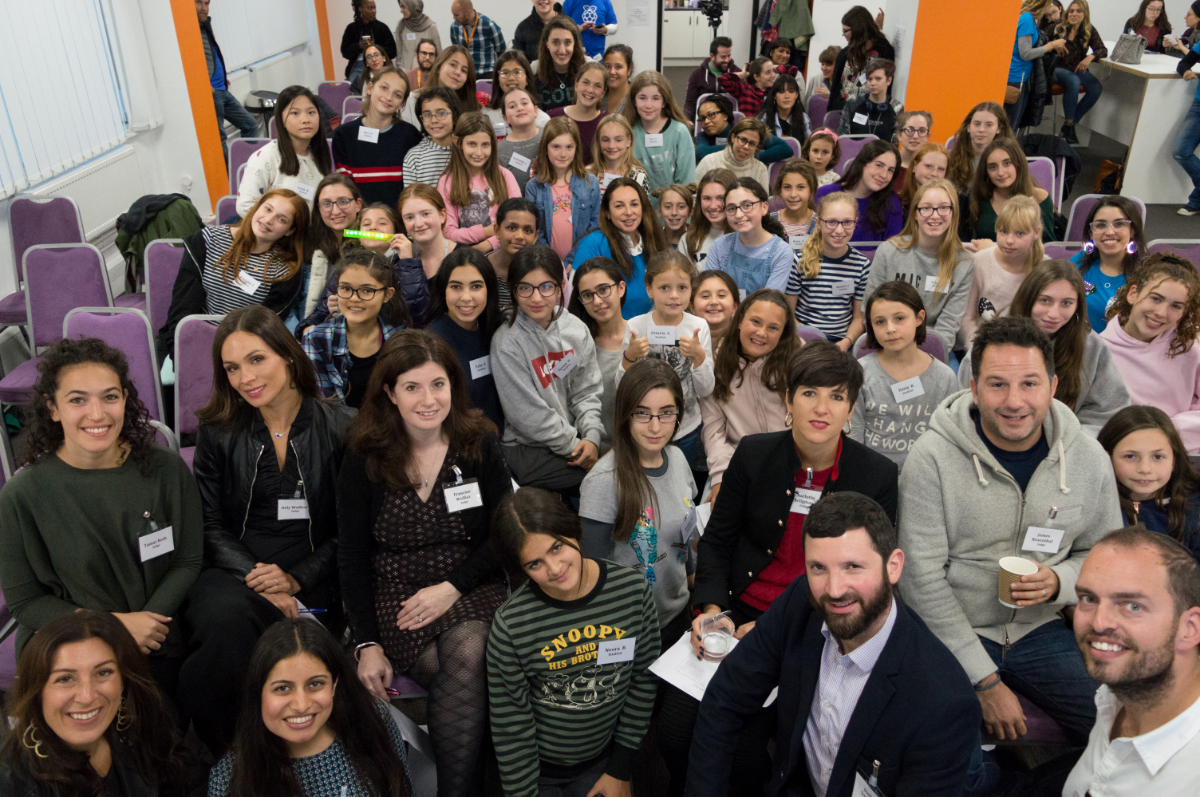 All the participants of the Girls Do Tech event

Other unique ideas presented to the panel of eight judges included a dummy that can be used as a thermometer to help prevent babies overheating, a jacket that lights up with motion and could be worn by runners or cyclists at night, and a device that helps predict asthma and panic attacks by monitoring heart and breathing rates.

Participants came from 18 schools across London and beyond. One student travelled from Paris for the day, while a mentor and her 16-year-old daughter flew in especially from Warsaw.

Jewish Interactive and Intu joined forces to come up with the event after noticing last year’s hackathon attracted a handful of girls – five out of some 50 participants.

Despite concerns young girls might again shun the idea of a technology event, Girls Do Tech actually pulled in 54 attendees – four above the expected maximum – with more names placed on a waiting list.

“I’m absolutely elated,” said Karen Harris, managing director of Intu Digital, of the event’s popularity. “I really believed we needed a girls-only event, because sometimes girls feel overpowered by the boys when it comes to tech, ideas and innovation. Today they became creators, they learnt new presentation skills and understanding more about coding – and the ideas were just brilliant. Many of the girls were just bubbling with enthusiasm.”

Chana Kanzen, CEO of Jewish Interactive, said: “When people are coming up to me and saying just how much they’ve enjoyed it and want to come back, that’s a sign that it went well.

“I thought the ideas were brilliant and some of them I would actually buy. The children are using their imaginations, they are innovative and are utilising skills they didn’t know that they had.”

On whether Jewish Interactive would again host a girls-only event, Kanzen believes there is presently a need to encourage more girls to pursue science and technology, as they are statistically more likely to pursue careers outside of these industries.

James Rosenthal, director of Global Agency at Google, Inc, who was also a member of the judging panel, said events such as these were “critical”.

“We are clearly not doing a good enough job in industry and business at the moment to ensure there is equality. For the time being, we have to do these things to ensure the girls have the confidence to compete with men, because they are as good, if not better, in many cases.”

As for the youngsters who took part, the verdict of the night was a veritable thumbs up.

Winner Constanca said: “I would definitely come back again. I really want to be an engineer when I grow up, so this has been a life-changing event for me and my future.”

See all the articles in the Jewish News about this event: 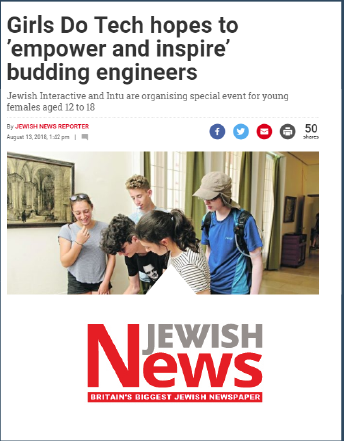 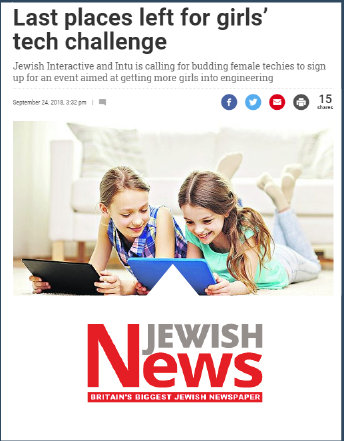 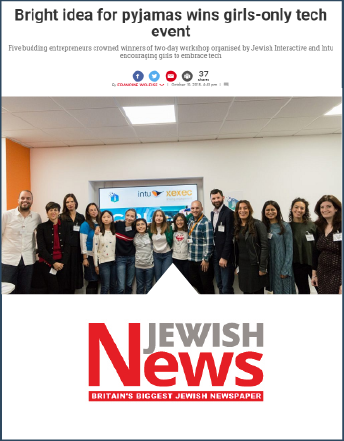