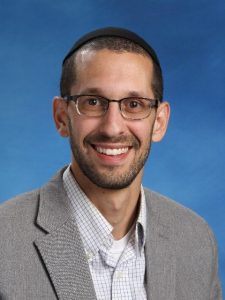 We all have those moments. Moments when we think we have made a breakthrough, a game-changing innovation… and then we see it, at first, it appears as a small hole, but then it grows increasingly larger as it comes into view. That gaping hole can shock and even terrify us into that, “What did I just do?!” reaction. Yet, it is these moments of risk-taking and failure which allow us to propel our thinking and our actions forward in ways that had we not taken the chance, we would never have been given the opportunity to deepen our experience and learning.

A few months ago, I assigned my students a collaborative composition assignment. The class of 17 students shared and worked on the same Google Doc upon which they were tasked with writing short reflective pieces for the upcoming Jewish Holiday of Purim. The students were further broken up into groups of 2 or 3 and worked in those smaller groups on the composition of one creative idea per group. In general with group work, I took the liberty to assign the groups, and in this instance, I attempted to pair students who displayed a similar work ethic, regardless of their writing or research skills.

In one of the sub-groups, two of the more serious and motivated students in the class clacked away vigorously and enthusiastically on their individual laptops in collaboration with one another, composing their reflective teaching on the Holiday of Purim. I noticed that each of the pair were wearing earbuds connected to their laptops. I understood that they were listening to music on their individual devices, and this background noise assisted them in drowning out the din of the rest of the class to properly focus on the task at hand. I did not comment or make any gestures toward the pair, as I did not want to harm their vibe or flow which appeared to be operating quite smoothly and effectively.

As the class continued, I seized the opportunity to both walk through and among the groups as well as to monitor in real time the unfolding literary artwork of the students on the Google Doc. At no point during the close to 40 minutes of group work did I hear or see verbal interaction between the pair described above. Their composition was wonderfully and beautifully written, original, thoughtful, and inspiring. Yet, I felt deflated, defeated, and beaten down. I had lost at my own game. I was attempting to be innovative and cutting-edge, but I ended up creating a bit of a monster in the classroom. I could not bring myself to label the activity anything but a failure. I let my students down, even if they didn’t realize it, and I let myself down as well.

I was so sure that I had created a working concept wherein I was integrating technology, engaging my students, promoting a spirit of collaboration and camaraderie, encouraging student driven learning, where the students became the creators of their own knowledge and content, handing over the torch from the front of the classroom to the center, but I did not foresee the technology becoming a replacement for human connection.

This moment was a monumental failure in my teaching career. It was a moment that is still very fresh in my mind, and I continue to dwell on the depth of that moment. For me, the ultimate takeaway is that human connection can never be replaced by a technological connection. The nuance of verbal and facial expression cannot be translated or communicated through a screen, but it is really more than that. Open dialogue, disagreement, and ‘fleshing it out’ are crucial components of social and educational norms. Thinking through an issue or an idea by talking it out with a partner are building blocks in human relationships.

Can technology support our efforts to enhance and improve the dynamics of group learning in our classrooms? Certainly, and without a doubt. The question we must ask ourselves when we embark on a path of technological integration is, “what will this initiative cost us in terms of the impact on human connection?” We can integrate responsibly and successfully, but we can only do it the right way when we put people before machines.