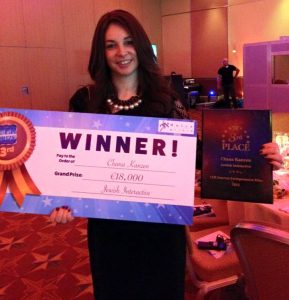 Earlier this year, Jewish Interactive was chosen to be one of the three winners of the 2015 Internet Entrepreneur Prize awarded by the Conference of European Rabbis. The prizes are given to digital and web-based ventures that have potential to change the world and improve lives, and Jewish Interactive was chosen for ‘making Jewish learning relevant, fun and engaging by blending 21st century digital technology with Jewish traditions and Torah learning’.

The ceremony, which took place at the Hilton Metropole in London, was attended by numerous dignitaries including former French President Nicolas Sarkozy, businessman Mikhail Fridman, president of the World Jewish Congress Ronald Lauder and Chief Rabbi of England Ephraim Mirvis.